Integrating Creative in a Programmatic World

Register now to join us for our webinar.

Did you know that the quality of your creative has a significant impact on campaign performance and return on ad spend?

It sounds obvious, but despite huge technological advances in online advertising and the extensive targeting and optimisation capabilities of programmatic media buying, we’re still predominantly using the same banner ads as we were a decade ago. It’s hardly surprising that we’re living in an age of ad blindness and ad blockers.

But it doesn’t have to be that way!

Join NMPi’s Anna Jorysz for an in-depth look at why creative got left behind, and what you should be doing to improve campaign performance.

In this 30 minute webinar you’ll learn: 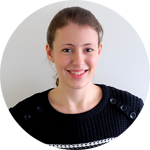