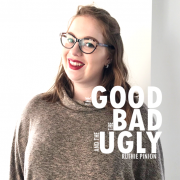 There is nothing the British love more than a right royal knees up, and nothing more perfectly encapsulates this than a royal wedding. Much like many summertime events – Royal Ascot, the Oxford v. Cambridge Boat Race, actually seeing the sun – it provides an opportunity to sit outside (perhaps with a barbecue?) with your nearest and dearest, enjoying a Pimms.  British culture at its absolute finest.

And there is also nothing advertisers and brands love more than an opportunity to boost their sales. While Harry and Meghan’s nuptials were by no means as closely followed as older brother Will’s wedding to Kate, there has been just enough uptake from advertisers to allow me to present my take on the Good, the Bad and the Ugly of Royal Wedding-related advertising.

There are very few things in this world that I love, and Warburtons brings two of them together in what is perhaps my favourite campaign. Combining puns and bread, the simple adverts get the balance just right between jumping on the royal bandwagon, but not being too in your face. 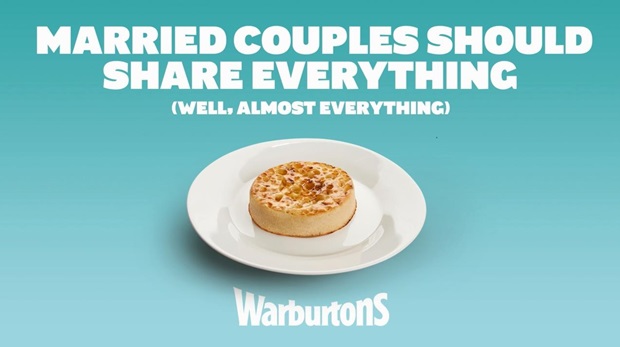 Frequent readers of G/B/U will know that I have something of a soft spot for KFC adverts. They last made an appearance during Valentines Day with their scratch and sniff cards (of which I received precisely none. Thanks everyone), and they’re back again with a limited edition, redesigned bucket. The traditional red has been replaced with gold and a quote “We declare a regal day of celebration, jubilation…..and fried chicken.” 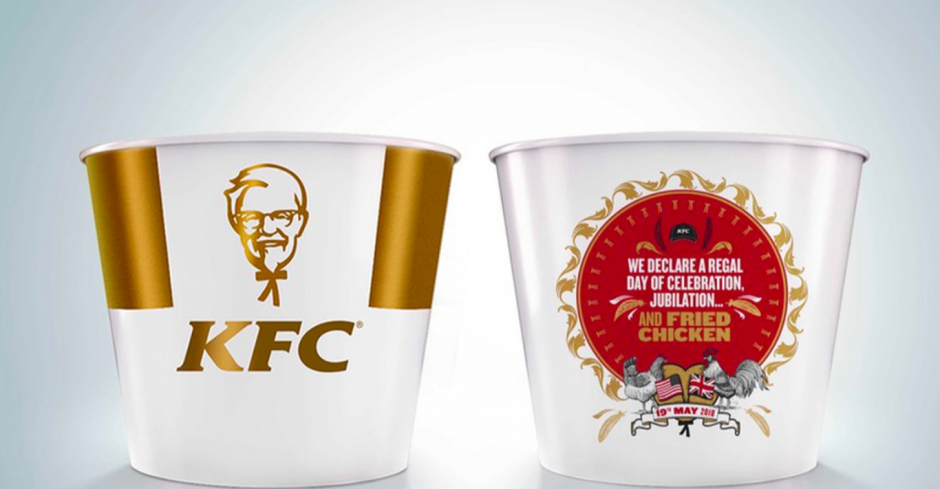 Just 50 of them were available on the day, and only in the branch nearest to the church in Windsor. I can’t tell you why I love it. Perhaps it is the light dust of humour that seems to perfectly fit the gravitas of the occasion. Perhaps I just love fried chicken that much. All I know is that I wish I had been one of the lucky recipients.

Oh, Nintendo. I love your products so very much. Your Royal Wedding ad, however, I do not. London-dwellers (or at least anyone who has used the Tube in the last few weeks) will recognise this Super Mario Odyssey poster, which has been plastered in every station from West Ruislip to Epping.

I have questions. First: the copy reads “Hats off to the Royal Couple”, yet Mario’s hat remains firmly on his head. Why? Also, why is there a second hat hovering in the background? I admit that this may be explained should I ever play Super Mario Odyssey.

Some people love it, but honestly? I’m not impressed.

This is a definition that often fluctuates depending on the topic, but this time “ugly” actually means ugly, and to be honest its one of the ugliest things I have ever seen. Ladies and gentlemen, meet the Sexy Fish Car.

It’s not pretty, is it? The Sexy Fish Car is for London-based Asian seafood and sushi restaurant and has appeared around the capital before. The idea behind the photo shoot is apparently that the royal couple are doing some last minute wedding errands – something which is very unlikely, but hey.

First off: if I hadn’t researched this and known that Sexy Fish was a restaurant I would be very confused. I’m still pretty confused. Secondly, the car is an abomination. Finally, I’ll forgive a lot in ads but there is a tenuous at best story here.

What would have been more interesting is if the car had the classic “Just Married” cans on the back: something which actually relates to the car itself as opposed to having a couple who sort of look like Prince Harry and Meghan posing next to it. While it wouldn’t improve the car itself, it would certainly improve the advert overall.

But more generally than this, Sexy Fish is an incredibly high-end restaurant in Mayfair which begs the question: why would such a fancy and expensive restaurant promote itself using such a tacky car? I am baffled – the car does not match the rest of the brand at all. It missed the mark at literally every point.

Regardless, this is not what the royal wedding was about. It was a beautiful expression of love between two frankly beautiful people. So I raise my glass to the happy couple and wish them every joy in the world. Just please don’t ever get into the Sexy Fish car.

The 4 Things Every Retailer Needs to Know Before Going International
We use cookies to personalise content and ads, provide social media features and analyse traffic. Information about your use of our site is shared with social, advertising and analytics partners who may combine it with other information you've provided.OKDeclineLearn more
Scroll to top
×