There are few holidays which spawn as wide a variety of ads as Valentine’s Day. Christmas is fairly easy to get right: you can’t go wrong with something sweet and wholesome. The Super Bowl is a masterclass in how creative you can be. Valentine’s Day? Well, that’s a tough one. From the sexy to the sweet, just about anything goes; so I’m taking a look at some of the good, the bad and the ugly ads that have surfaced this year.

The one that tops my list this year is the Old Spice campaign. Both visually stunning and amusing it’s definitely one of the highlights of this year’s crop. At its core, it sticks to that winning formula that we know and love about Old Spice: that stupid humour but amazing visuals. If another brand tried to pull that blend off I’m not sure I’d be as enamoured.

Some companies just get holiday advertising right, and Dunkin’ Donuts seem to nail it every time, maximising holiday sales and engagement. This year’s Valentine’s competition focuses on all kinds of love (which warms my cold, lonely heart): encouraging fans to share how their love – platonic, romantic, or otherwise – “runs on Dunkin’” using #DDLoveContest. Their Instagram and Twitter feeds are full of heartwarming stories, many of whom have gone with their loves to Dunkin’ Donuts just for the ‘gram. An engagement campaign which drives sales: the gold standard. 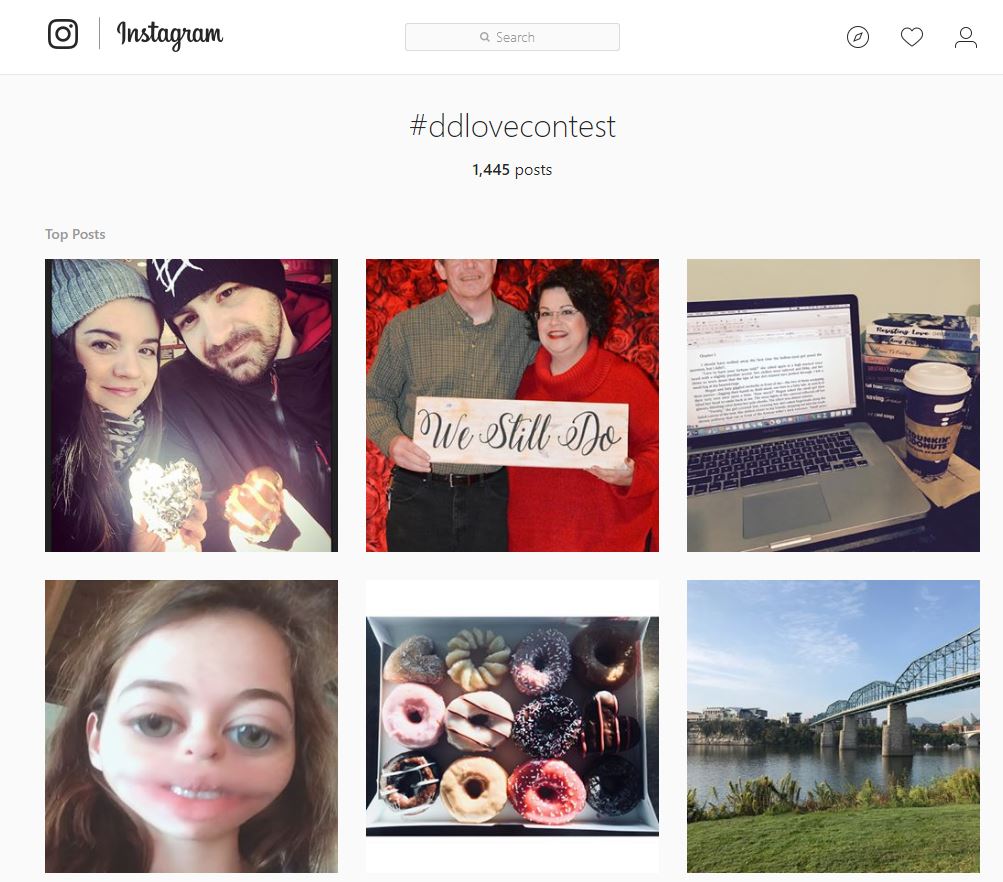 More than anything else, I’m confused by the Vanity Fair Napkins (not to be confused with Vanity Fair the magazine) and Match.com partnership, promoting #DateANapkinUser. It’s an odd one, and doesn’t really make much sense. The choice of topic doesn’t reflect either of their brands particularly well, and unless you knew that it was an ad for Vanity Fair Napkins I don’t think you could guess it from content alone.

Looking for someone who won’t ditch you after cuffing season? #DateANapkinUser. Vanity Fair Napkins conducted a study to prove it. Learn More: https://t.co/DAt0MYkwr7 #ad pic.twitter.com/vBZBxHfWle

You’d also think that by using a hashtag, the campaign would be all over social, right? Well, you’d be wrong. In fairness, it is a young campaign, but there isn’t very much interaction with it. If you’re using a hashtag, you want people to play and engage with it. All they really have is direct shares of the same article. It’s a risk, and sadly I don’t think it worked.

Ugly campaigns are the ones that are just a bit weird, but I can’t help but want to talk about. A prime example? Scratch and sniff Valentine’s cards from KFC, with the aroma of the Colonel’s own 11 herbs and spices. In other words, it smells like chicken. One word: WHY?

A tiny part of me wants to get one of the cards, a lot of me doesn’t understand, and all of me is on board with it. Ultimately, I want everyone I know to have seen it so I can talk about it more.

The final ad campaign I want to talk about is Car2Go, and in all honesty I can’t decide whether I like it because it’s good, or because it baffles me. It’s a three-part story about Greg’s affair with a new car. It’s a story of love and betrayal: packed with emotion and humor. Car2Go has given us a campaign that is a little out there but I certainly feel for Tammy: you deserve someone who treats you better than Greg.

This is just me, I know that some people will disagree. The one we can agree on? People promoting GDPR as though it’s a Valentine’s delight. Just stop.

After GDPR
We use cookies to personalise content and ads, provide social media features and analyse traffic. Information about your use of our site is shared with social, advertising and analytics partners who may combine it with other information you've provided.OKDeclineLearn more
Scroll to top
×