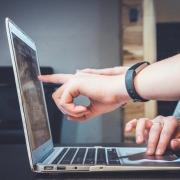 It came as a somewhat unwanted update when, at the start of September, Google Announced that, with immediate effect, it would be reducing the number of search terms that appear in any advertisers paid search query report.

Search Query Reports have long been at the centre of keyword refinement processes – from relevant term identification and reducing wasted spend to the analysis of long tailed seed terms via Ngram scripts. They are one of the oldest tools in any paid search advertisers arsenal, not only providing insight into what keywords you’re bidding on, but the actual queries that are driving traffic to your site.

It therefore raises the question – why the change?

Whilst it will likely result in a loss of visibility for advertisers, Google have cited privacy as the main reason for the unwelcome update. In a statement released in early September to Search Engine Land, Google mentioned that in order to maintain their ‘standards of privacy’ and ensure rigorous user data protection, Search Term reports will only include terms and keywords that a ‘significant number of users’ have searched for.

The impact of these said changes will solely depend upon what Google means when they say the word ‘significant’ – we’re still experiencing a certain amount of ambiguity surrounding the term, and advertisers will likely be grasping at their purse strings as we ride through Q4.

So What’s the Impact?

On average across our Paid Search accounts we’ve seen the percent of total traffic accounted for at the search term level drop from around 95% in August down to 75% in September.

This means that with Google’s new update, we have lost visibility of the Search Terms that accounted for approximately 25% of total traffic – similar percentages are also generated when looking at spend.

Whilst this percentage seems to vary by account and vertical, one clear trend – across our accounts – is that the percentage of traffic from unknown search terms tends to be higher on Google Shopping campaigns compared to text ads. 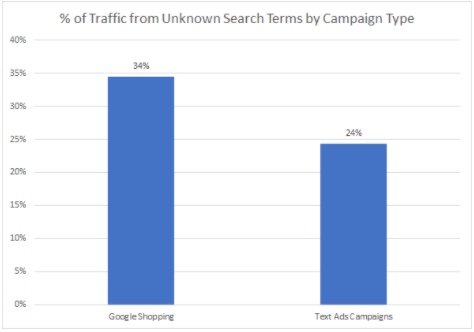 Logically, this makes sense as – due to their nature – shopping campaigns tend to receive a higher percentage of traffic from lower volume long tail product terms (when compared to text ad campaigns).

Similarly when we look at the breakdown of text ad campaigns by match type, we see that Broad match (BMM) keywords and Dynamic Search Ads (DSAs) are again seeing a much higher percentage of traffic from unknown search terms.

This can also be attributed to the campaign’s nature of picking up long tail lower volume search queries, with the percentage of unknown search terms on exact match keywords sitting at only 7%. 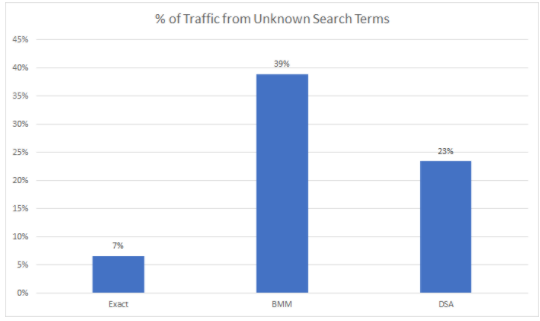 So which search terms have Google removed from the report?

However, when looking at the total traffic generated by these keywords we can see that even in September we are still seeing 9% of traffic coming from search terms with only 1 impression in a week.

So, what actions can we take?

There are multiple ways advertisers can adapt to the new limitations:

Is Brand Search the Monster Under your Bed?

A Spotlight on Amazon – Incubeta Analyses Prime Day
We use cookies to personalise content and ads, provide social media features and analyse traffic. Information about your use of our site is shared with social, advertising and analytics partners who may combine it with other information you've provided.OKDeclineLearn more
Scroll to top