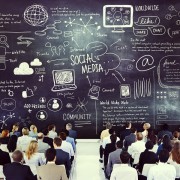 Social Media statistics are important to marketers to keep on top of the rapidly changing digital landscape. We’ve collected key statistics for Facebook, Twitter and LinkedIn to provide the most recent snapshot of the most relevant social media movers. These are things to consider when planning your social media strategy. The Death of Google’s Sidebar Ads

NMPi Shortlisted for Best Paid Search Award
We use cookies to personalise content and ads, provide social media features and analyse traffic. Information about your use of our site is shared with social, advertising and analytics partners who may combine it with other information you've provided.OKDeclineLearn more
Scroll to top
×