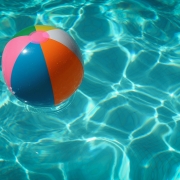 Can you believe that there’s only one week left of this year’s Love Island? We’ve officially been glued to ITV2, 6 nights a week for 8 weeks. But the end is near. We’re coming into the final few episodes, and it appears the drama will never end.

At the beginning of the series, we wrote “from dates to data”, where we analysed Twitter data to predict our Love Island front-runners of the series. The article provides an insight into how we collected data to calculate ‘compatibility scores’ for each couple.

You’re probably thinking, that we got it very wrong. Nobody could have predicted the absolute carnage that came from Casa Amor. What we can say, however, is that our first prediction was extremely early days and a lot can happen in 5 weeks. So, we put our PPC analyst to the test, armed with nothing but a Love Island Water bottle and a desire to dig out some great data.

Our Ultimate Goal: To Predict the 2019 Winners of Love Island

Off the back of the recoupling last week, there are 7 couples currently in the villa:

Molly-Mae & Tommy are the only remaining couple from our initial prediction. These two scored a compatibility score of 34.69, ranking as the second-best couple at the time. The rest of the couples have since broken up.

Both Anna & Jordan and Harley & Chris were in the bottom three during the last elimination.  Since this was a public vote for the least popular couple, we have eliminated them from our study. Now, let’s salmon dive into the Twitter stats on the 5 remaining couples:

Ever since Curtis dumped Amy, we wondered if anyone would forgive him for his actions! After an intense battle with Francesca, Maura was the one to couple up with Curtis, and they are fast becoming a solid couple.

Those of you that have read part one will know that Amy & Curtis’ compatibility score of 76.89 put them in first place amongst the other couples. With a current score of 20.58, Twitter is saying this is a step down for Curtis, but only time will tell.

After the whole Michael drama,  Amber deserves a nice, decent bloke that would treat her like the ‘sassy queen‘ that she is. On cue, Irish Greg came along and swept her off her feet. Does their chemistry match the maths?

Sadly, we don’t predict a happy future for the couple.

Having remained strong throughout the majority of the series, this analysis is a breath of fresh air. They’re actually in love on Love Island, can you believe it? Some say it’s doubtful that Tommy knows what love is, but let’s see what Twitter is saying.

Wow, what a score, a whopping 48.63! That’s a considerable improvement from their initial score of 34.69. It seems like you get extra points for being REAL-LIFE boyfriend and girlfriend!

Anton, the underdog, the lovable bestie. We were starting to fear that Anton really was, unlucky in love. Then along came Belle. She has proved herself to be a fiery match for the Scottish lad, and after an explosive argument, they have made up and cracked on. Have their arguments made them a stronger couple?

The answer? No, not really.

Ovie is best known for being funny, charismatic and a joker in the villa. All the girls love him (apart from Anna) and all the guys want to be him (especially Chris). India is a new Islander, and the two have really hit it off. India is a latecomer, but it’s no ovie-reaction that she’s made an impact on her partner.

You heard it here first:

NMPi Predicts that Mollie-Mae and Tommy will be the Winners of Love Island 2019.

So that’s it for the year, catch us again next summer for Love Island 2020!

Note: Please be aware that these are the views of a PPC expert who’s been subjected to 7 weeks of reality TV. 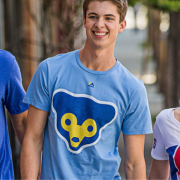 5 Digital Predictions for Brands in 2014

Jump start your Christmas marketing by planning ahead

Case Study: Search Automation Finds the Back of the Net for Fanatics

A Day in the Garden

Navigating the Top Search Tips for Travel
We use cookies to personalise content and ads, provide social media features and analyse traffic. Information about your use of our site is shared with social, advertising and analytics partners who may combine it with other information you've provided.OKDeclineLearn more
Scroll to top