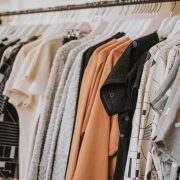 June 2017 saw a record anti-trust fine of €2.42 billion from the European Commission against search giant Google for allegedly abusing its search engine dominance by giving illegal advantage to its own shopping comparison service. By September, Google made changes to its shopping service to give equal treatment to shopping comparison rivals as required by the EU.

However, it was only recently that any real changes to the shopping service became noticeable. Over the past few weeks, some shopping comparison services have been spotted appearing in top ‘Shopping Boxes’. For example, Lyst is appearing in the third box for ‘gucci clothes’, while GUCCI’s Google Shopping activity is nowhere to be seen. However, for their brand term, GUCCI ads take top spot. 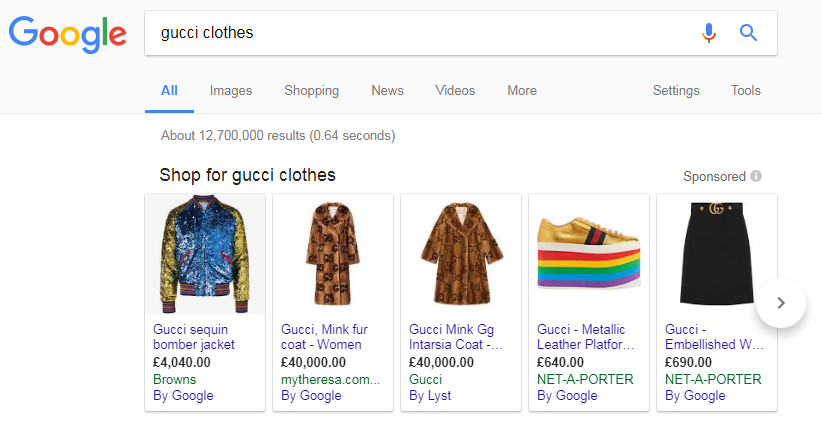 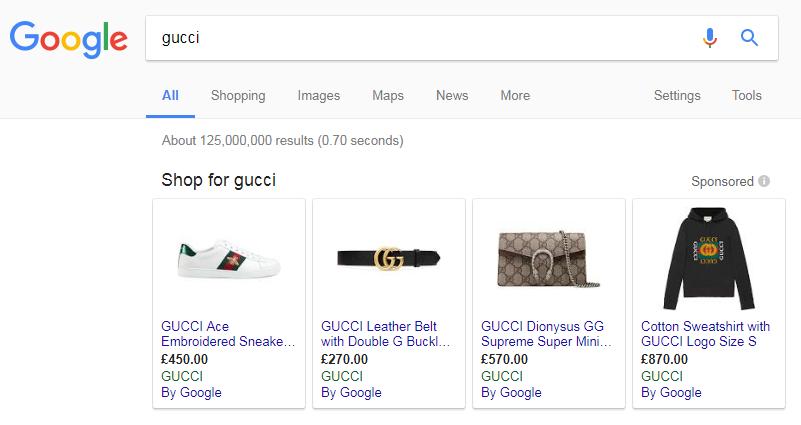 What’s striking in each of these SERPs, is the obvious lack of shopping comparison services (CSS) like, Lyst. Google is likely removing duplicate products or offers from the same merchant.

We suspect the reasoning behind this is to ensure that healthy competition remains between merchants. If a merchant ran Google Shopping campaigns alongside numerous CSSs, they would completely dominate the space, forcing users to click through to their domain.

So, how exactly does this stimulate competition between CSSs?

CSSs are supposedly judged on the same criteria that Google Shopping merchants are. Since CSSs linking to identical domains are likely to have the same feed quality, and hence quality scores, it appears the higher bid wins the ad placement.

In the short term however, we could find that as CSSs test the space and bid more aggressively to appear in the top ribbon, impacting CPCs.

With these high and potentially increasing costs, how are the smaller CSSs going to compete with existing budget-rich Google Shopping campaigns?

One avenue of success would be to focus on serving for longer tail search queries. By appearing, unnoticed, in the gaps of the merchant’s main coverage, smaller CSSs could thrive on low, cheap volume but higher converting traffic.

If we look closer at Lyst, we can see they dominate for the longer tail search term ‘shop gucci coats online uk’, with over half of the shopping ads on the SERP. 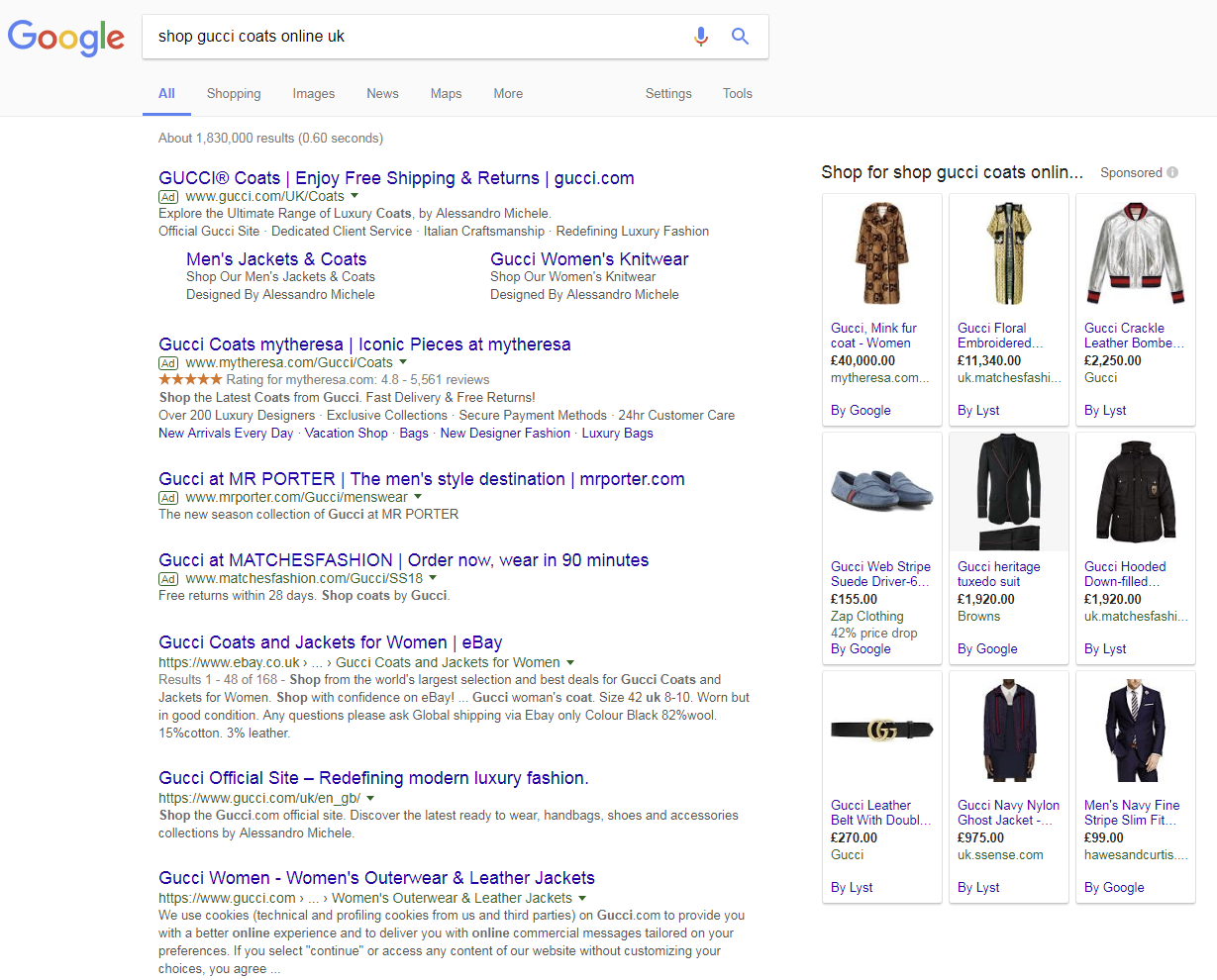 Provided that the CSSs can be clever with their ad placement and efficient with spend, they can make this new feature work for them.  This will allow them to reach users who have never used their comparison shopping service previously.

From the merchant’s perspective, why would they care which CSS a sale came from? A sale is a sale, right?

Well, merchants will tend to pay a fee for every sale or click driven to their website from a CSS. So, which CSS is most cost effective for the merchant?

This is largely dependent on the agreement that a merchant has setup with a CSS and the ROI of their Google Shopping campaigns. Even with a top performing Shopping campaign and significant investment, a merchant may find that a sale through a CSS is actually cheaper.

But, don’t go turning off your Google Shopping campaigns just yet. Ask yourself, is there any sustainable competition that these CSSs will be able to provide against rival merchants when the difference in budget is so stark? Probably not. They also can only appear on the SERP and not in the Google Shopping tab.

Dependence on these CSSs could well be a one-way street to losing out to your competition as they are outbid and out performed by more influential and experienced players.

Just as a note, it’s possible that a merchant may not be aware of an additional CSS bidding on its products. Therefore, it’s important to keep an eye on who is promoting your products, measure their performance and hold them to the same targets.

In fact, Google provides a handy feature in Google Merchant Center where you can untick a box to prevent a CSS from bidding on your products.

Overall, it is doubtful that many merchants will see much change in the grand scheme of things. Perhaps, they may merely suffer a slight spend increase on Google Shopping campaigns.

Ensure that you are observing search queries carefully to see that we are not losing traffic from some of the best performing regions of our campaigns. If you do notice something such as long tail encroachment, then you must act quickly to stop any losses.

The key to overall success is monitoring, tracking, and measuring your results. This is not just from your Google shopping activity but also from that of any external CSS.

NMPi’s Fred Maude Shortlisted for Rising Star
We use cookies to personalise content and ads, provide social media features and analyse traffic. Information about your use of our site is shared with social, advertising and analytics partners who may combine it with other information you've provided.OKDeclineLearn more
Scroll to top