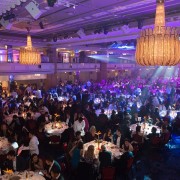 The judges were handed the task of identifying the most outstanding campaigns among a horde of entries, across 27 categories, which capture all facets of performance marketing. Entries were assessed on their ability to meet strict criteria, including preset campaign objectives, execution, return on investment, innovation and feasibility.

A seasoned digital leader and long-running Performance Marketing Awards’ judge, Jon Myers commented on the achievement of companies making the shortlist against a standard that
continues to raise the bar every year.

“To be shortlisted truly puts you at the top of your industry and recognises the brilliant work and strength in depth within performance marketing,” said Myers.

“As part of a judging panel of industry experts this year it has been as hard as ever to decide on the winners due to the strength of the entries in each category. Being shortlisted is a huge achievement, but it’s now onto the Awards evening and revealing the winners.”

Papa John’s campaign looked to capitalise on the growing popularity of American Football in the UK. We were tasked with the paid search advertising of their 50/50 NFL promotional offer  which would only become available to consumers when the combined score of an NFL game reached 50 points. Combining creative messaging and and strategic automation, the campaign delivered successful results while keeping within the parameters of the promotion.

We are honoured to have been recognised for this category and look forward to the awards show on April 26, 2016.

To Mobile or Not to Mobile?
We use cookies to personalise content and ads, provide social media features and analyse traffic. Information about your use of our site is shared with social, advertising and analytics partners who may combine it with other information you've provided.OKDeclineLearn more
Scroll to top