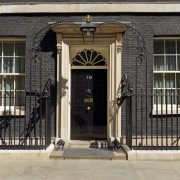 To say we have witnessed some of the most surprising outcomes in politics over the past 12 months could potentially qualify for understatement of the year. Mr D.J. Trump and Brexit can certainly attest to that.

For many, this surprise was coupled with a complete sense of disbelief. A disbelief that choices, which were initially deemed marginal in their popularity, and utterly inconceivable in their application, eventually waltzed their way to victory.

Atop the lofty throne of hindsight, it’s clear that an all-too alarming level of complacency had captured and consumed the liberal masses. A complacency fed by two simple words: “Surely not”.

And yet, fingers cannot be pointed at the man in the mirror alone. Along the way, the confidence of the ‘surely nots’ was massaged by the reassuring presence of a long-established tradition: the election opinion poll.

In both cases, the end result fell the way of the underdogs. Whilst the red of the Republican Party now prowls the corridors of the White House, the blue of the European Union is starting to come tumbling down.

Interestingly, throughout the campaign season, opinion polls proclaimed the exact opposite. Perhaps influenced by the liberal glare of the interviewer, those internally espousing more right-wing views, appear to have often declared their backing for the ‘nicer’ option.

So, the question that falls at our doorstep today is: How do we address the inaccuracies of a method that provides genuinely valuable insights, and in the process, pull the heads of the ‘surely nots’ out of the sand?

As it happens, there’s a man out there who has taken up the challenge already.

Using Google Trends, and taking the US Presidential Election of 2016 as his example, Rahul Gupta published an article online claiming the following graph proved that Trump was always going to win. Gupta’s analysis shows the level of search interest on Google for the terms ‘Donald Trump’ and ‘Hillary Clinton’ over the 12 months prior to the election.

His hypothesis rests solely on the idea that the search term leading in the weeks prior to election day typically ended up the victor.

In this instance, Donald Trump clearly outstrips Clinton when it comes to volume of searches, not only during the final throws but for the entire period. Despite what the polls may have said, a Trump win, according to Gupta’s method, was inevitable.

He quotes ‘Marketing Master’ Philip Kotler when theorising why this occurs, “prior to capturing market share, companies need to capture mind share”.

In Gupta’s opinion, Google Trends offers a bird’s eye-view of a region’s mindshare, from which we can apply his logic.

We found this interesting, and with the UK election only a week away we thought we’d have a go!

As we approach the final week of battle, our very own election shares many similar characteristics to those witnessed across the Atlantic.

And yet, by Gupta’s reasoning, in just a few days’ time, Jeremy Corbyn will rise like a phoenix and settle into his seat at Number 10. In summary, we don’t like it (Gupta’s approach, not Jezza’s victory – NMPi remains politically agnostic).

Whilst correct in the case of the US, and many others if you read his article, his theory is too simplistic, and doesn’t take into account a whole range of additional factors.

In true NMPi style, we decided to dig deeper. Applying three techniques of increasing complexity, and in doing so, devised a single formula designed for maximum accuracy. We are not only going to predict who will win the UK General Election, but we will forecast the number of seats won by each party.

Grab a coffee, sit tight, and strap in, there is some maths approaching.

To begin with, we improved Gupta’s approach by layering on some additional, (buzzword alarm), granularity. Rather than running our analysis at the national level, we assessed the search data over the last twelve months across seventy-eight different regions, whilst at the same time accounting for the population of that region, and how many seats that population is worth.

I give you version one:

The results were as follows:

Whilst hypothetically more accurate in its design, this formula falls short in one crucial aspect – it gives equal weighting to search data across the entire twelve months.

Consequently, it neglects the shorter-term impact of interest in the smaller parties around campaign season, and also overstates the dominance of Theresa May. Her rise to power in the first half of 2016 undoubtedly has an impact on search volumes – at no point has the original method been applied to someone already in power.

And so, as Gupta himself suggested, we repeated the initial formula, but instead gave increased importance to the more recent elements:

The final piece of the jigsaw lay with addressing how we could incorporate the politically indecisive masses – the ‘which wayers’ as we have termed them. According to Yougov.com, this sits at around 20% of the voting population

For this, we used a tool called Hitwise to understand the flow of online traffic to certain sites following the search term ‘who should I vote for?’ Depending upon which campaign’s content they then consumed, we were able to proportionally attribute a value to each party.

So here you have it. The moment you’ve all been waiting/persevering for. On the 8th June 2017, news stations across the planet will announce the following results: Hung Parliament

Welcome to a bright new era of election polling. Analysis conducted through genuinely decipherable and accessible data, rather than through rushed interviews influenced by the notion of ‘I can’t say that, what would they think of me’.

For you ‘surely nots’ out there, keep hold of that sand for now. But beware. The looming landslide is not quite as looming as you think.

*DISCLAIMER – whilst we’re hopeful of being correct, thus acquiring fortune and numerous appearances on breakfast television, this is mainly in jest. Please read with a pinch of salt.

Using Digital to Win Votes
We use cookies to personalise content and ads, provide social media features and analyse traffic. Information about your use of our site is shared with social, advertising and analytics partners who may combine it with other information you've provided.OKDeclineLearn more
Scroll to top