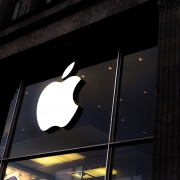 Amid the second lockdown, reaching your customers in the digital space is more important now than ever before. As businesses look  to increase their digital marketing coverage across all channels, they should be considering the App Store as one of their key priorities.

Apple Search Ads only became publicly available in the US from  October 2016, launching six months later in the UK. Since then, it continues to expand worldwide but still only remains available to select markets. Similarly, iTunes Connect only became App Store Connect in June 2018. More and more companies are competing for installs every year and driving user acquisition efforts has become more challenging than ever. From 500 apps available in 2008, to over 2.2 million apps available to download today, advertisers need to align both their  ASA and ASO strategies to succeed in the app space.

The reality is, to drive app discovery, there is no better place to be seen than at the top of the  App Store search. User engagement in the App Store is significantly higher than other search engines, with 65% of downloads occurring directly after a search. With Apple offering an average conversion rate of 50%, it’s no surprise  that competition levels are high.

App Store Optimisation (ASO) is known as App Store Marketing and Mobile App SEO. ASO is similar to traditional SEO, where certain techniques are used to get your website to the top of the Search Engine results page. The higher your app ranks in an app store’s search results, the more visible it is to potential customers.

Whilst there may be similarities to traditional SEO, ASO is a completely separate discipline with its own unique set of algorithms. Much like the Search Engine algorithms, the true algorithms for ranking in Apple’s App Store are not actually known, and can change frequently .

Apple says there are a number of factors that they take into consideration, but the two main areas to be aware of are:

ASA stands for Apple Search Ads and is a form of sponsored ad that appears at the top of the search results page on the Apple Store for iPhones and iPads. Just like any other specialist search engine, ASAs work on a cost-per-tap (CPT) basis, however only a single ad will show at the top of the search results page. With only one auction winner, what determines your ad placement? The  chances of your ad showing are dependent on your chosen user-defined keywords and bids, as well as Apple’s algorithm.

It is important to note that relevance is rewarded by Apple. Of course metadata matters – along with all the other factors that define Apple’s algorithm – but user response is highly valued. Apple believes that customers know best, so if a user does not tap on an ad, Apple Search Ads will eventually stop showing it to them.

Ads are created based on the app name, subtitle, description, preview videos and screenshots you’ve already provided in your App Store product page. Therefore, it is crucial that you review your App Store metadata and keep it both updated and optimised, as this will be reflected in your ad. You can however use creative sets to offer ad variations, leveraging your assets and the platform’s testing capabilities to determine the top performing creative combinations.

Why should ASA & ASO work together?

There is no doubt that ASA & ASO come hand-in-hand, but the question we need to ask is how can advertisers make the most of this synergy? Both ASA and ASO are heavily dependent on Apple’s algorithm, which immediately puts them in the same context.  ASA campaigns are even considered to be part of search traffic – according to App Store connect.

Primarily speaking, the most critical thing to consider, is that the app’s conversion rate (CR) will directly affect category rankings. You need to be aware that low converting keywords in your ASA campaigns can lead to a reduction in organic visibility, bringing in less traffic from similar apps, and resulting in a category ranking loss. However, if you continually reevaluate ASA keywords, making sure that the overall CR remains higher than the app’s total CR, you will be able to nurture ranking growth.

Like John F. Kennedy once said “in a time of turbulence and change, it is more true than ever than knowledge is power”. Sharing top converting keywords, competitor rankings and trends, as well as results from your creative testing will define your success. Combining the teams researching efforts on both the market landscape and your strategies will shape your app’s performance for both paid and organic.

It is important to recognise that to fully understand your app, a holistic collaboration between ASA & ASO is essential to achieve optimal performance, and that undermining this relationship can cause detrimental effects on organic coverage.

A Spotlight on Amazon: Incubeta Analyses Black Friday
We use cookies to personalise content and ads, provide social media features and analyse traffic. Information about your use of our site is shared with social, advertising and analytics partners who may combine it with other information you've provided.OKDeclineLearn more
Scroll to top