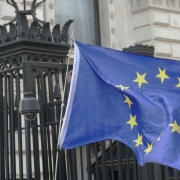 No matter which way you spin it, Brexit will undeniably have a unique effect on every vertical within British industry. Direct or indirect, businesses across the country will have to adapt to whatever unknown situation or agreement we eventually end up with – and that’s exactly the issue: the ongoing uncertainty.

The lack of public knowledge or clear political direction has resulted in a general sense of economic uncertainty. A slowing economy – or perception of a slowing economy – could have a significant negative effect on retail, travel and beyond due to changes in UK consumer intent and spending. Surveys conducted by the Bank Of England and the Treasury found that the UK’s private sector fell into a shock contraction in September of this year, with the blame placed on the economic stress of an ever-impending Brexit. After a similar decline in the previous quarter, the UK economy is thought to be slipping towards recession. If profits slump further, discretionary budgets will be the first on the chopping block for businesses, and the growth of the UK’s digital marketing sector might be threatened.

With the 12th December General Election looming, the outcome of Brexit has become even more unclear, leaving UK businesses with no guaranteed circumstances to prepare for. Leave or stay, deal or no deal, the waiting and decision-making is already having a tangibly detrimental effect to the economy.

The retail industry has already suffered a slew of issues over the last few years. Problematic transitions to digital, rising rent costs and decreasing consumer brand loyalty are all systemic challenges that this industry faces. Unfortunately, the current forecasts suggest that Brexit isn’t looking like it’s going to alleviate any of these pressures.

The fluctuating decline of the pound means that retailers importing goods from the EU are facing rising costs and weaker margins, alongside strained access to labour – the retail industry employs an EU migrant workforce of over 170,000 according to the CBI. If retailers start to feel the squeeze, will they continue with increased investment in media and advertising?

Travel: ‘Open Skies’, but for how much longer?

One of the largest concerns for the travel industry is the future of the EU’s ‘open skies’ agreement that the UK has enjoyed since 1997, which allows any EU airline to fly freely between any member country. UK airlines such as Flybe and British Airways have been able to offer discounted fares and cheaper flights as a result, but for how much longer is yet to be seen.

Both British and European airlines have acted pre-emptively in the event this agreement is nullified, with EasyJet setting up a European subsidiary and Hungarian-based Wizz Air founding ‘Wizz Air UK’ to ensure operations wouldn’t be disrupted. In fact, Wizz Air CEO Jozsef Varadi has said that he sees Brexit as an ‘opportunity’, in the hope that as competitors struggle to operate with new restrictions, Wizz Air can make the most of a gap in the market. Nonetheless, consultancy firm Oxford Economics has said a no-deal Brexit could cause a 5% fall in overseas travel and tourism trips by Britons in 2020.

What do all of these retail and travel changes mean for digital? Reduced media spend, supply chain issues and complex data laws will all inevitably shape the world of post-Brexit digital marketing.

Digital Media & Marketing – Are you as prepared as you think you are?

UK companies reduced marketing budgets for the first time in seven years during Q3 2019, according to the IPA’s quarterly Bellwether report. Stemming from a lack of confidence in the UK economy and consumer spend, marketing budgets across all verticals are being chipped away as businesses continue to hold their breath until a final Brexit relationship with the EU becomes clear.

No one can forget the omnipresent elephant in the room either – GDPR. There are many EU data laws that the UK would no longer have to abide by post-Brexit, but the UK’s new official status as a ‘third country’ throws up a number of pressing issues that are guaranteed to keep you up at night. The future legality of sending or receiving personal data from somewhere else in the EU is worryingly unclear – even storing data on servers hosted in Europe could be potentially illegal after a hard Brexit.

But, the highly adaptable nature of digital marketing makes it a frontrunner for continued investment, despite economic and regulatory concerns. In Q3, the Bellwether reported that digital (or ‘Internet’) was the only marketing sector that saw a net increase of firms reporting budget growth, aided by advancements in data management and an increasing prevalence of social media advertising.

Similarly, international trade in UK advertising services actually grew to nearly £7bn in 2017, an increase of 18% year on year according to the Advertising Association’s 2019 exports report. As Europe’s largest advertising market, the UK is in an advantageous position to capitalise on international advertising trade, with a focus on Asian markets as tensions between China and the US refuse to dissipate.

Ultimately, no one can provide definitive answers. As long as the UK remains trapped in the malaise of Brexit negotiations, confident predictions on the future of the industry are almost impossible. Successful digital agencies will navigate ambiguous data laws with agility and will be well-prepared for any potential trade restrictions through extensive planning and evaluation of access to new non-EU markets, especially at a stage where multiple eventual outcomes are still possible.

Despite the challenges, there are clear signs of strong growth in digital, and it’s up to agencies to translate this growth for other sectors struggling under the pressures of Brexit.

NMPignite Debates: The Future of SEO

NMPi Predicts: Lib Dems Soak Up Labour Seats
We use cookies to personalise content and ads, provide social media features and analyse traffic. Information about your use of our site is shared with social, advertising and analytics partners who may combine it with other information you've provided.OKDeclineLearn more
Scroll to top