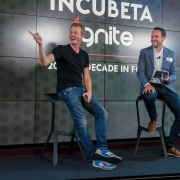 Since 2005, a lot has changed in the world, but there is one key stat that Google’s Ian Turner wants us to focus on: the 2% of Africa’s nearly 1 billion population who had access to the internet in 2005, compared to the 46% of Europe. Flashing forward to 2019, 82% of all developed economies are online, compared to 40% of those still developing. Africa has seen an upswing in adoption, but still only has 25% of the population online.

Google recognizes that the next billion users will come from across Asia, South America and Africa, and in most cases, the potential for growth is more than half the populations. This being said, their internet use is markedly different compared to that of the current user base, as well as their habits and interactions with different devices.

The biggest trend is that these populations are largely mobile-first, because they are only on mobile devices. Statistics suggest that around 50% of all smartphone users are in Asia, but general usages is high across India, Indonesia and Southeast Asia.

With the high permeation of smartphones in these places, voice usage is also very high; for example, 30% of search queries in India use voice. On top of this, the use of language is often very fluid across these regions. For those who only speak Hindi, they’ll use an all-Hindi keyboard. Those who also speak English might speak Hindi or “hinglish” with the English alphabet with friends, and Hindi with the English alphabet to their grandparents. Then there’s also the shifts and blends with Punjabi or Urdu to contend with.

Video content is particularly popular, especially YouTube, and localized content including localized languages is also incredibly important. However, this highlights some of the biggest challenges that we face bringing these populations online. Localized content is hard to maintain, while the phones being used are often low spec. Getting, and staying, online is often difficult thanks to poor and costly connectivity.

Google are making strides to develop their products to ensure that they are accessible to the users that are coming online. Technology can and does make a huge difference to lives across the world, and it’s exciting to see how the next billion users will find the online world.

Incubeta Ignite: Am I A Bad Person?

NMPi Shortlisted at this Year’s SBC Awards
We use cookies to personalise content and ads, provide social media features and analyse traffic. Information about your use of our site is shared with social, advertising and analytics partners who may combine it with other information you've provided.OKDeclineLearn more
Scroll to top